BIC® Powers the Potential of 7.3 million children through their ‘Buy a pen, Donate a pen’ programme

BIC® Powers the Potential of 7.3 million children through their ‘Buy a pen, Donate a pen’ programme

Monday, 11 December 2017.  This week marks the end of the 2017 school year with millions of children looking forward to five weeks of fun and relaxation until the 2018 Back to School season comes around in January.  Amongst the happy youngsters will be the recipients of BIC®’s Buy a Pen, Donate a Pen programme, which adequately equips millions of young children with the relevant Stationery tools to fulfil their basic educational needs.

It is a reality for many parents that Back to School is a difficult time as they struggle to afford Stationery.  BIC® has heeded the call and, since 2011, has supplied 7.3 million South African underprivileged children with the relevant Stationery thereby #Powering their Potential and taking the anxiety away from parents and allowing kids to focus on their education and the year ahead.

BIC® has announced that the campaign will be back during the 2018 Back to School period. BIC® Marketing Manager (Stationery) - South East and Central Africa (SECA), Ronette Kishun says the campaign will be a primary focus in 2018, in line with their commitment to advocate for education opportunities and allowing children to apply their energy to their dreams for the future.

“Education should be the number one priority for those who want to help build a better South Africa, and our Buy a Pen, Donate a Pen programme will inspire kids who would otherwise have started their 2018 school year without Stationery,” she says. “BIC® will allow them to #Power their Potential by giving them the right tools to be able to achieve their dreams.”

Kishun explained that by buying any one of the twenty specially marked BIC® packs carrying the Buy a Pen, Donate a Pen sticker, South Africans will be giving underprivileged children the tools needed for learning.

The pens are distributed to disadvantaged schools across the country through the READ Foundation every year, and Lizelle Langford, PR and Fundraising Manager at the READ Foundation, says the project has made a difference in the lives of many primary and high school learners.

“A pen or pencil is something a lot of people don’t even have to think about,” said Langford.  “But for some youngster’s Stationery is an obstacle to their education because they simply can’t afford it. Putting the right instruments in a child’s hand can make a significant difference to their future.”

Langford explains: “Through this initiative children no longer have to share a pencil stub or pens, which is time consuming for teachers who have to wait for each child to get a turn with the pen or pencil.  We are extremely grateful to BIC® for this opportunity.”

Each year over 500 schools in the townships and rural areas are provided with BIC® pens with the majority going to primary schools.

Kishun urges South Africans to join BIC®’s Buy a Pen, Donate a Pen programme and create magic for children by choosing to change a child’s future over the upcoming Back to School year.  Specially marked packs are available at all major retailers nationally. 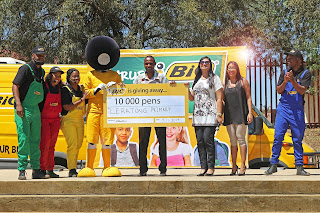 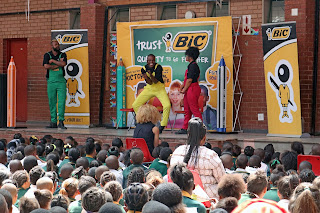 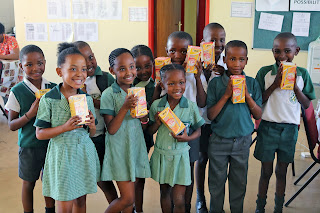 Cole Schoeman from Eastern Province Border has been named the Coca-Cola Hero of the Day for day 5 of the 2017 Coca-Cola Khaya Majola Cricket Week.

The prestigious Coca-Cola Hero of the Day award is presented on each day of the tournament in recognition of a game changing ‘hero’ moment.  Cole was selected for the award by a Coca-Cola appointed panel of cricket experts after he ran out in the form Laurentius Smit from Boland when he was beginning to take the game away from Eastern Cape with a 80 run partnership with Samuel Henderson. Boland went from 103/1 when Samuel was run out and collapsed to 166 all out after Cole’s moment of brilliance.

“It is a very big honor and privilege and I am just happy that I helped the team, because that is what being a team player is all about,” said Cole.

“Congratulations to Cole Schoeman that had a moment of brilliance on the field to run out Laurentius Smit, his moment of brilliance turned the game around for his team and put them into a position to win the game,” said Proteas legend and Coca-Cola Hero of the Day panel lead Victor Mpitsang.

Phindile Phiri, Coca-Cola® Africa’s Senior Communications Manager commented, “The Coca-Cola® Khaya Majola Cricket Week has come to a close and once again it showcased South Africa’s cricket talent. We had many heroic moments in the week with bat and ball but today’s hero, Cole Schoeman,  did something different by changing the game with a great moment in the field. Thank you to our panel of expert judges that spent the week looking for Coca-Cola® Hero of the Day moments, their effort has highlighted many of our future stars and heroes and the boys that have won the daily awards will cherish them for the rest of their lives. ”

About The Coca-Cola Company
The Coca-Cola Company (NYSE: KO) is the world's largest beverage company, refreshing consumers with more than 500 sparkling and still brands and more than 3,800 beverage choices. Led by Coca-Cola, one of the world's most valuable and recognizable brands, our company’s portfolio features 20 billion-dollar brands, 18 of which are available in reduced-, low- or no-calorie options. Our billion-dollar brands include Diet Coke, Coca-Cola Zero, Fanta, Sprite, Dasani, vitaminwater, Powerade, Minute Maid, Simply, Del Valle, Georgia and Gold Peak. Through the world's largest beverage distribution system, we are the No. 1 provider of both sparkling and still beverages.  More than 1.9 billion servings of our beverages are enjoyed by consumers in more than 200 countries each day. With an enduring commitment to building sustainable communities, our company is focused on initiatives that reduce our environmental footprint, create a safe, inclusive work 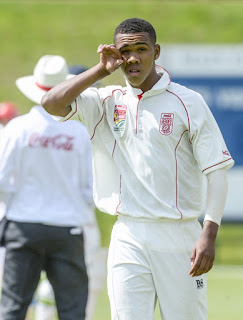 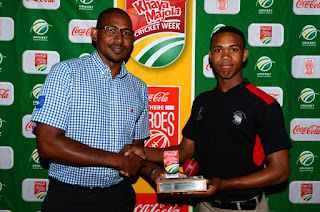 BORDER CAPTAIN LEADS FROM THE FRONT

Sinethemba Qeshile from Border has been named the Coca-Cola Hero of the Day for day 4 of the 2017 Coca-Cola Khaya Majola Cricket Week.

The prestigious Coca-Cola Hero of the Day award is presented on each day of the tournament in recognition of a game changing ‘hero’ moment.  Sinethemba was selected for the award by a Coca-Cola appointed panel of cricket experts after he made a dominant 103 not out in 91 balls for his team followed up by taking 5 catches behind the stumps against KwaZulu-Natal Inland.

“The team supported me throughout my innings and they were really excited for me when I got my hundred. I am just happy that I managed to score runs for the team,” said Sinethemba.

“Congratulations to Sinethemba Qeshile for scoring a dominant hundred followed up by taking 5 catches as a wicketkeeper. He had a strong performance today and as a captain led from the front with a powerful captain’s innings,” said Proteas legend and Coca-Cola Hero of the Day panel lead Victor Mpitsang.

Phindile Phiri, Coca-Cola Africa’s Senior Communications Manager commented, “Congratulations to Sinethemba for showing great character today by leading his team to a brilliant win. The Coca-Cola Khaya Majola Week is where heroes are made and we look forward to seeing many more heroic moments on the final day of the tournament.” 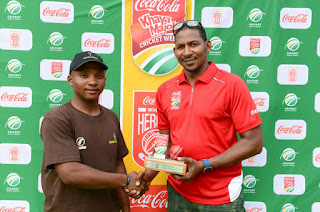 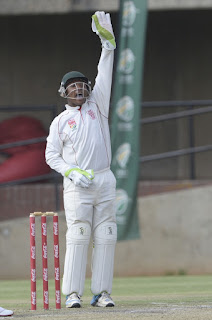