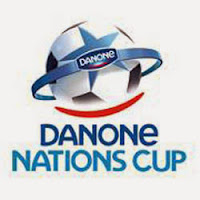 Team South Africa finished in 27th position, out of 32 teams, at the Danone Nations Cup World Finals tournament that was played in New York city over the weekend.

Mophela Primary School, of Hammarsdale, KZN, representing the country as SA Danone Nations Cup champions, beat the team from England 2-1 in their last playoff game on Sunday. The tournament was won by Mexico who beat Argentina 2-0 in the final.

England’s strategy in the final game was to play direct football and to try to upset the South Africans. They scored first when they won a corner and SA were not able to clear their lines, allowing England to have two chances at goal, scoring off the second attempt.

South Africa were shell shocked and they battled to bounce back from the goal but luckily for them, Njabulo Ndlovu, who was their player of the tournament, was having his best match.

His second goal came off a penalty that he executed with precision.
In the last 3 minutes of the game, once his team had taken the lead, coach Syabonga Ndimande put all the reserves on the field to give all the boys a chance to experience playing in the big stadium – the Red Bull Arena.

England thought that they would have the last say in the game when they won a free kick 5 meters outside the SA box but Njabulo managed to clear the ball, and run the length of the field before a deflection from England stopped him from scoring a hattrick.

The South Africa were very happy to win their last match of the tournament and dedicated the win to Heritage Day. 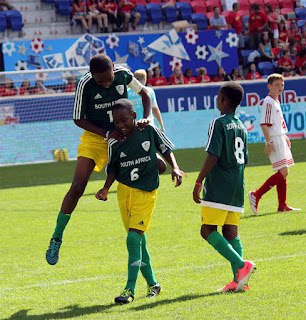 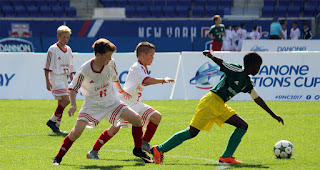 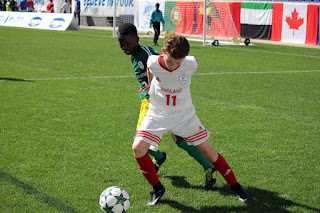 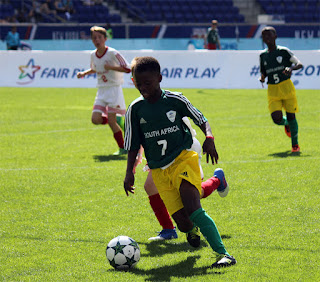 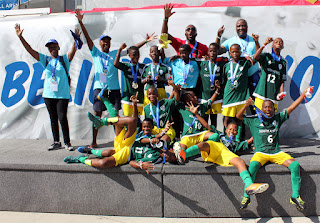 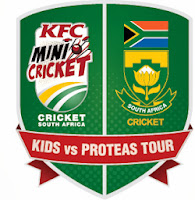