When the Western Cape under-12 Danone Nations Cup provincial finals kick off at the Van Riebeeck stadium in Mossel Bay on Saturday 3rd June, Zwelihle Primary School, representing Overberg, will be there again.  They will be up against newcomers, Saxonsea Primary, representing Cape Town for the first time.

Zwelihle competed in the provincial finals in 2013, the year after they first entered the tournament, and again in 2016. Their coach, Sivuyile Mgobhozi, is hoping that the experience they have gained will get them that step further into the national finals this year.

Mgobhozi is well equipped as a coach having got to the school via the Western Cape Government’s Mass Participation, Opportunity and Access programme, run by the Department of Cultural Affairs and Sport.

He was seconded to Zwelihle Primary in 2012 with the aim of assisting the learners to develop their human and social development skills and to become better people in their communities.

He went on to get a SAFA Level 1 coaching qualification in 2014, and has experience at club level having coached at Home Destroyers in 2013 and 2014.

His dream is to take the school through to the national finals, which could well happen with his experience as well as having three of last year’s players back in his squad.

In the regional finals in Hermanus on May 24th Zwelihle was grouped with Masakhane Primary School and Die Bron.

In their first game Masakhane scored early but Zwelihle fought back and leveled the score to draw 1-1. They beat Die Bron easily, 3-0 and their final match was the toughest, against Lukhanyo Primary School.  Lukhanyo went 2 goals ahead in the game, but Zwelihle didn’t give up. They managed to score 3 goals, shocking the opposition who thought they had won it already.
Saxonsea Primary School, representing Cape Town will be at the provincial finals for the first time, although they have been playing in the tournament since 2008.

Their manager and coach, Gary Markus, is excited that this has happened at last. He has been working at the school for 23 years and in March this year he was appointed as the school’s acting principal.

“There’s a lot of crime in the area, so we encourage the kids to take part in sporting activities to keep them active and out of trouble,” he said.

Markus has been part of the Western Cape and Boland soccer committee since 1991 and will be assisted by Timothy van Wyk, a former leaner at the school

All the players also compete for Jomo’s Power Football Club, based in Atlantis, Markus explains, which is an advantage.

“The Danone Nations Cup brings a lot of excitement to the school regardless of the outcome. The players look forward to being part of the team,” he said.

There is not much time to prepare for the provincial finals, Markus said, and although they might have won all their regional final games, they made a lot of mistakes, particularly in defence, which need to be rectified before Saturday.

The regional finals were at Lentegeur in Mitchelsplein on 27th May. 16 schools took part in a knock out tournament.

Saxonsea and Kulukhanyo Primary played to a goaless draw in the 1st round and Saxonsea won 5-4 in a penalty shootout to go through to the quarterfinals, which they also won on penalties after a goaless draw in regulation time.

Markus said they went into the semifinal with a new approach as they could not keep winning on penalty shootouts.  That worked and they beat Sigcawu Primary 2-0.

The final was against Christmas Tinto Primary School. Saxonsea stuck to the same formula and won 4-1 to take the Cape Town regional title.

Entrance is fee and games kick-off at 10am. 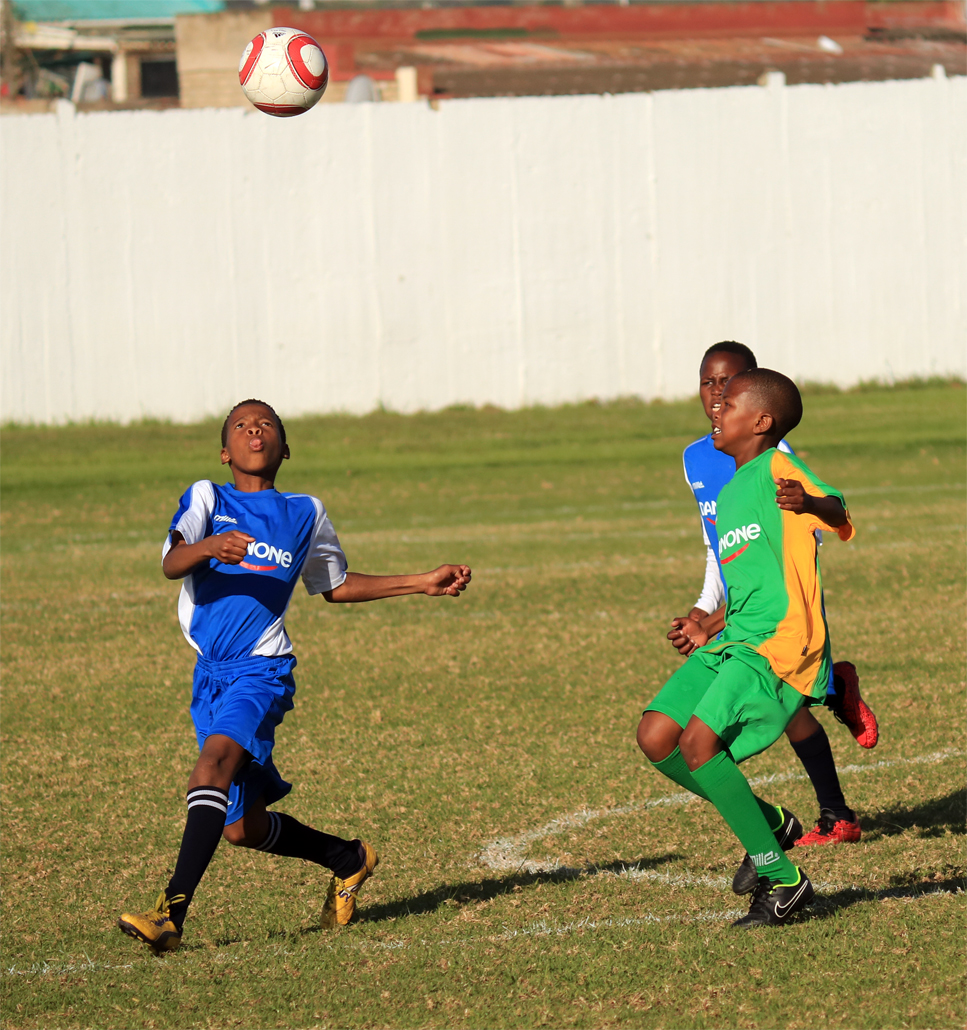 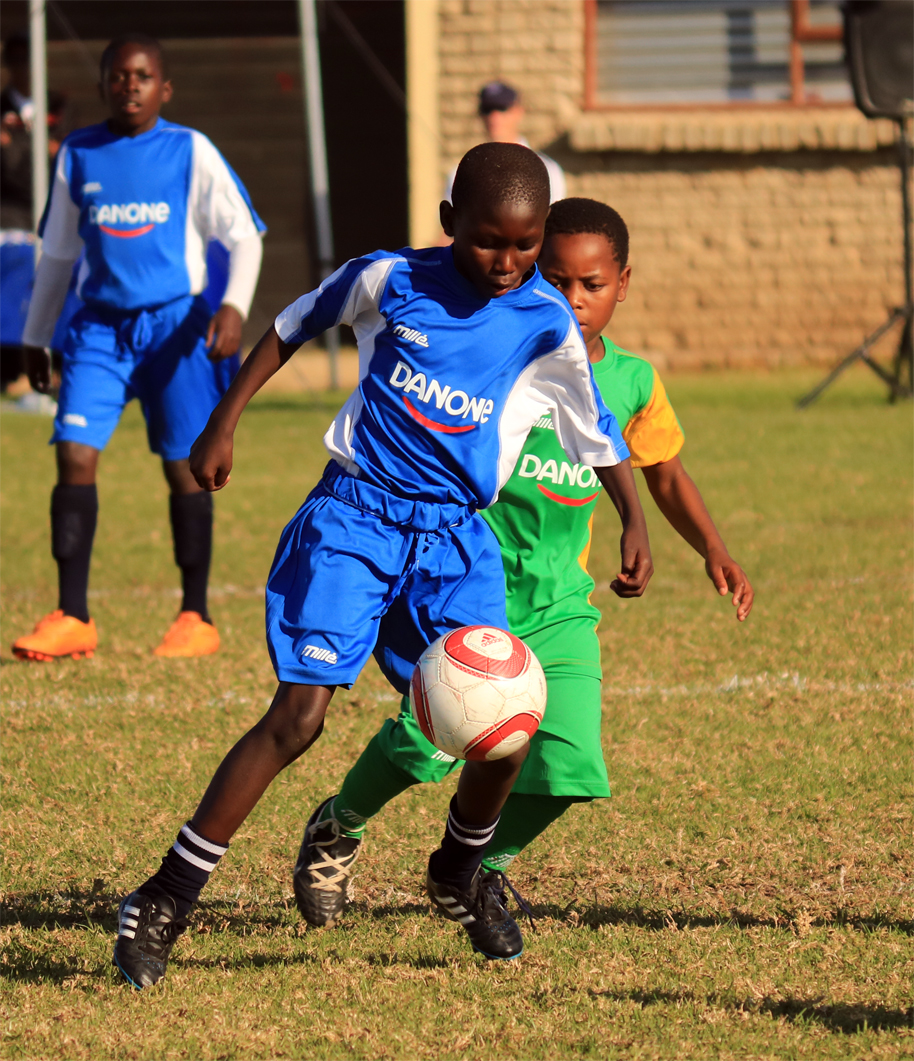 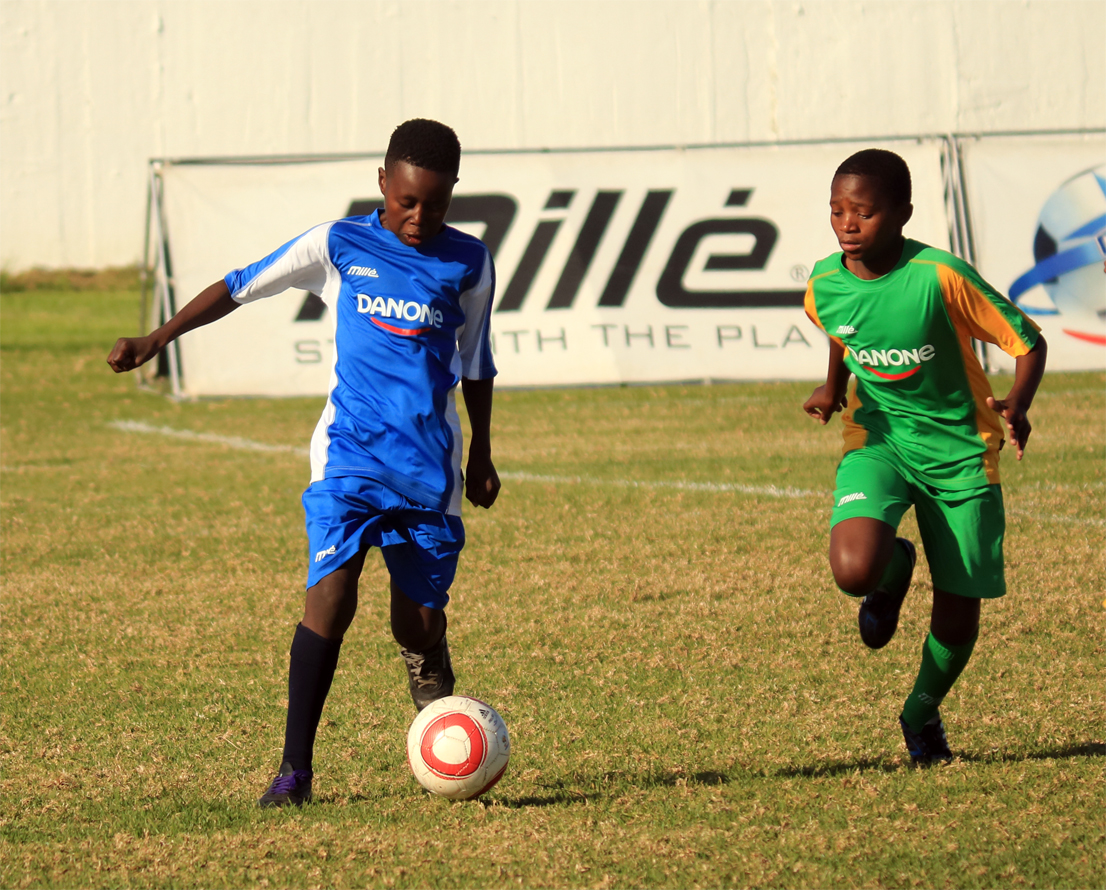 The Danone Nations Cup competition takes the beautiful game to the most remote parts of the country, giving kids who love soccer the opportunity to play the game and follow their dreams.

Every year, schools from the poorest rural areas test themselves against those with better resources and facilities and triumph and go on to represent South Africa in the world finals.

This past weekend Sekusile Primary School from Kwalugedlane in the Ehanzeni region, defied the odds to win the competition’s Mpumalanga provincial final in Middelburg.

The school is based in a rural area and most of the players live in extreme poverty. Most survive on welfare grants and come from orphaned homes. Three of the boys, one being the goalkeeper, played barefoot in the finals.

Yet, they beat former Danone Nations Cup national champions, Daniye Primary School, in a penalty shoot out, to win the Mpumalanga finals.

Coach Edward Phakula said that the boys went into the game very nervous as they knew that Daniye have been very successful in the DNC in the past. They went to the competition’s world finals in London in 2012.

“We made too many technical errors,” Phakula said. “We knew we needed to speak to the boys, motivate them and correct our mistakes very quickly. We bounced back and beat Ndawonye in our second game and drew with Robert Curruthers to finish second on the log.”

In the final, Sekusile was ready for Daniye, who had won their 3 games to finish top of the log. The team’s manager, Meshack Mathonsi said they owe a lot of their success to midfielder Tembinkosi Tiywane who was level headed, distributed the ball well and passed accurately.

Sekusile has been competing in the tournament since its inception in 2000 and this is the first time they have made the national finals. Mathonsi now admits that it is back to the drawing board. “We will gather and put a strategy together for the national finals as we know it will be a completely different ball game,” he said. “We will be changing our game plan and work on a more aggressive approach to score more goals.”

Watching from the stands was 16 year old Njombo Mabunda who captained the Daniye team that went to London in 2012.  He is currently at Orhovelani High School in Bushbuckridge and plays football for TWG Academy, who were recently promoted to the Vodacom League. “I came to see my old school play and see how they are doing.”

Mabunda admitted that the trip to London has changed his life.

“The trip opened my eyes to life outside South Africa. It made me take life more seriously and want to achieve more. There is so much to learn and so much to see,” he said.

He was sorry to see Daniye lose out and not get the opportunity to go to the national finals again. “But that’s soccer,” he said. “When playing at this level you cannot get complacent and sit back as that is when the underdog gets the better of you.”

For Sekusile, it’s about making full use of the opportunity they have been given now. And their immediate task is to go on a campaign to make sure that all the players have soccer boots for the national finals. 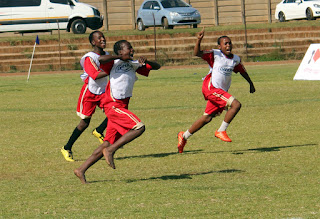 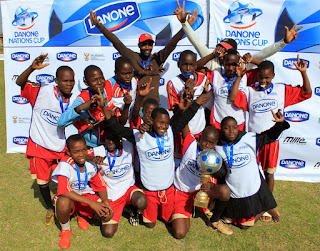 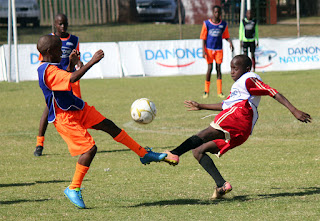 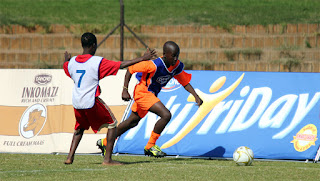 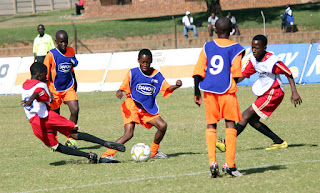