Phaphama Public School of Fouriesburg are the Free State provincial champions in the under-12 Danone Nations Cup soccer competition after beating Brebner Primary School, on penalties, in the provincial playoffs at Grey College last weekend.

The excellent fields at Grey College came as a bit of a shock to the Phaphama boys, who are used to playing on some pretty basic facilities in the Golden Gate area that they come from.

We are from a beautiful part of the country,” said team coach, Lekwa Mokoining, but there are only about 6 000 people that live there and there are limited resources to put into upgrading fields.”

They were also not used to the number of people who watched them play. “We were taken by surprise by the crowd, and this resulted in the boys adapting very late,” Mokoining said.

In the pool stages, Phaphama won 2 games, drew one and lost to Brebner Primary 3-1, before they found their feet and beat Brebner when they met them for a second time, in the final.

“The hardest game of the day was definitely the final against Brebner,” Mokoining said. “They had talented players and were tactically and technically advanced. They had strong, fit boys who could shoot from far out. They scored some of their goals from the halfway line.”

Mokoining has been coaching teams in the Danone Nations Cup for a number of years and this is the first time he has advanced this far.

“What changed is that the Department of Basic Education sent me on a SAFA Level D coaching course,” he said, “and that changed my entire outlook to coaching at this level.”

Although their success was a team effort, there was one boy, Mhlapo Mvulane (attaching midfielder) who was the game maker on the day.

“He played with purpose and confidence and didn’t let anything get him down. He was dynamite on the day,” the coach said.

The team will be having a week’s break now and then Mokoining will start arranging friendly games against team in their region including in the surrounding towns like Fiksburg and Bethlehem.

“Match practise is key in preparing for the national finals,” he said.

Runners-up, Brebner Primary from Bloemfontein, were the new kids on the block at the Free State finals. They came armed with a support base including their principal, teachers, pupils and members of their local community.

They got off to a blistering start, winning all four pool games to top the log but they seemed to lose concentration in the final match.

Despite taking many shots at goals in the final, they were unable to get past the on-form goalkeeper from Phaphama.

The next Provincial final will be the North West decider in Klerksdorp on May 6th. 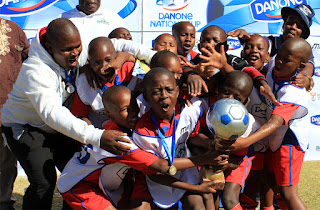 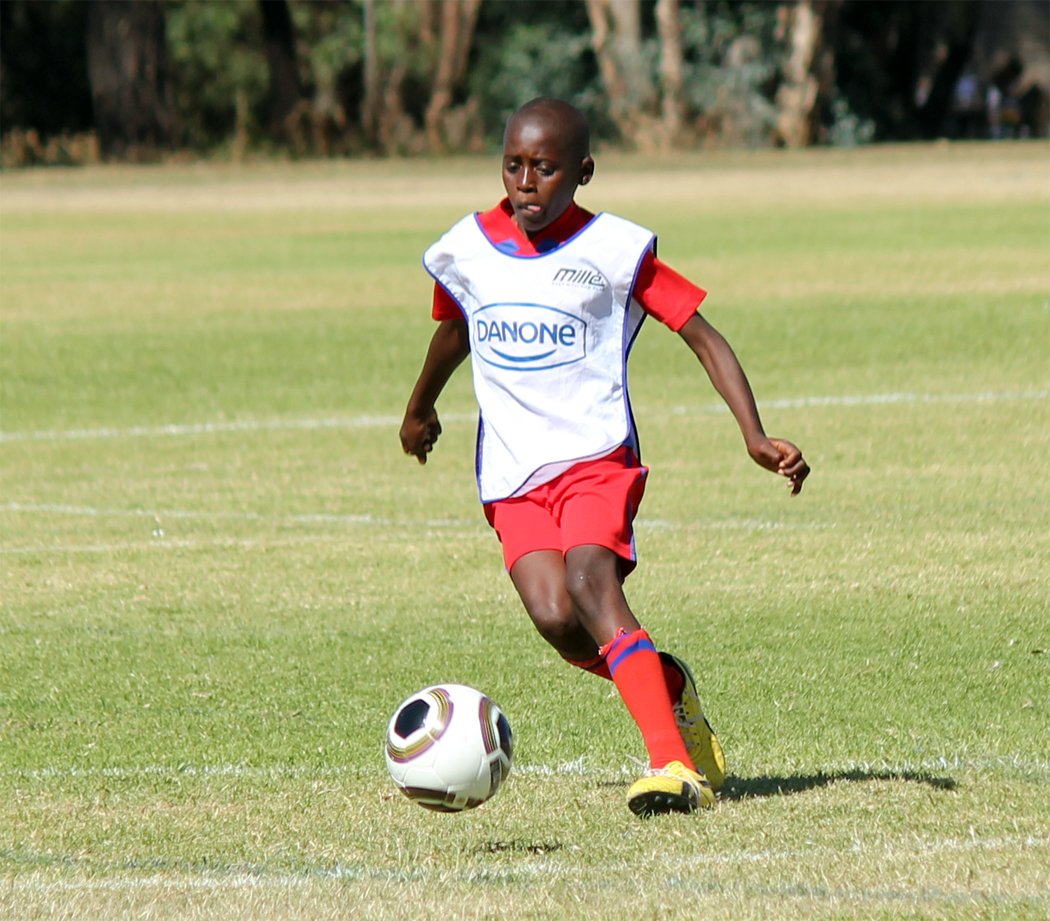 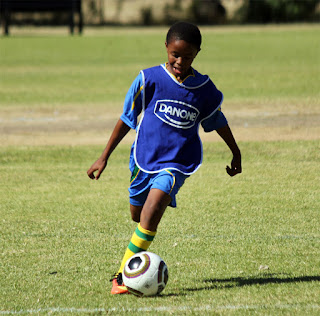 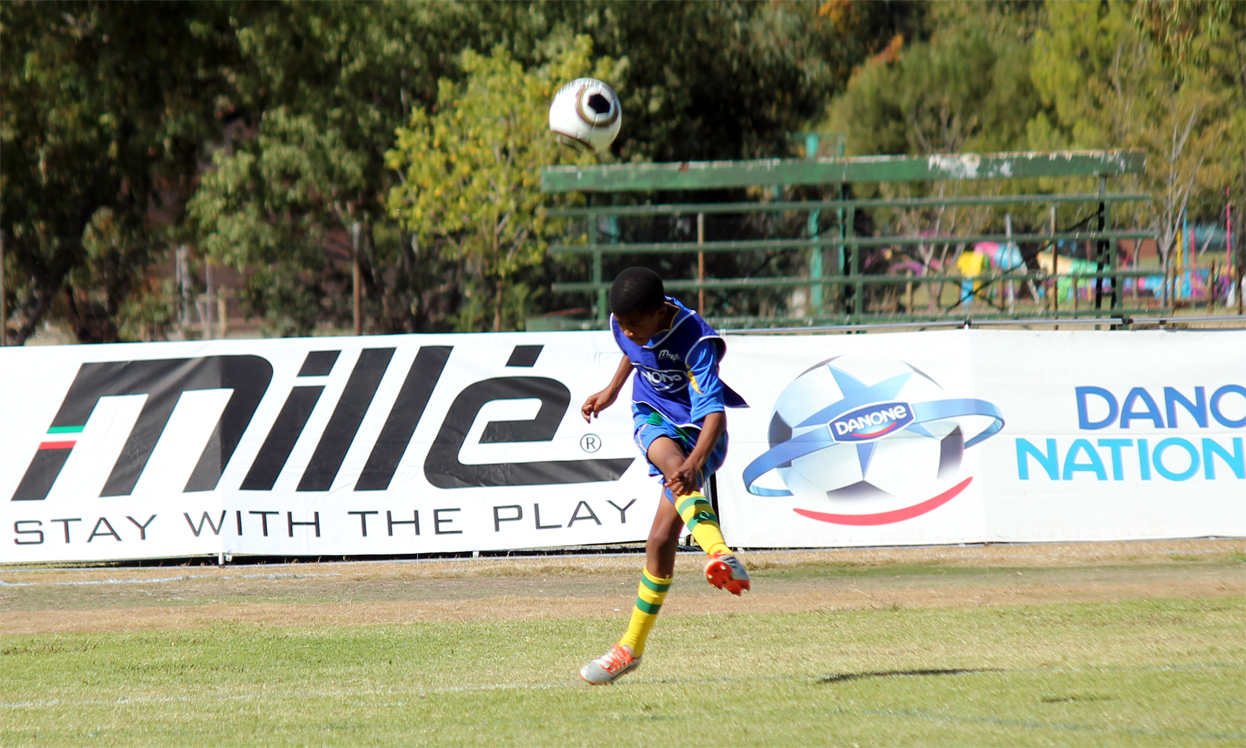 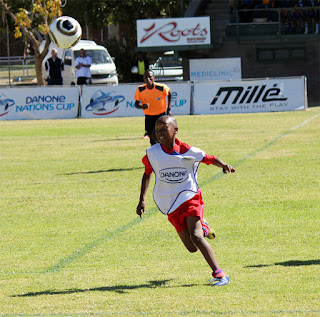 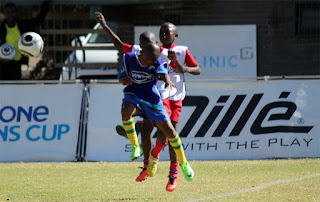 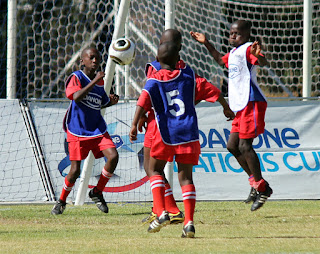 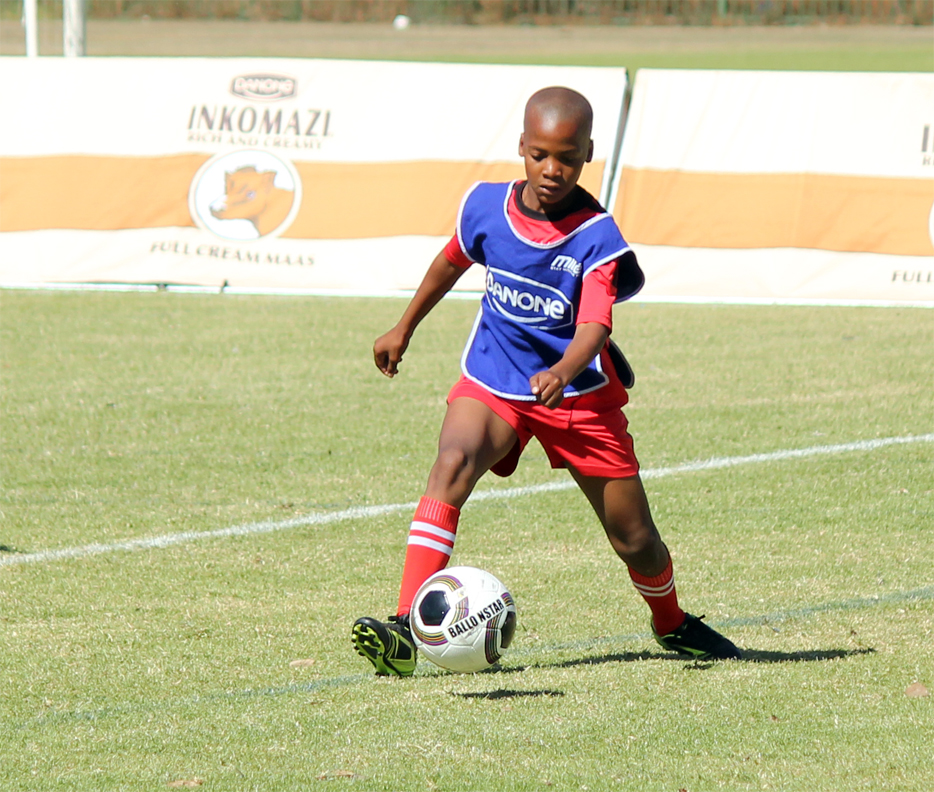 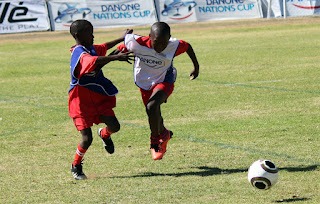 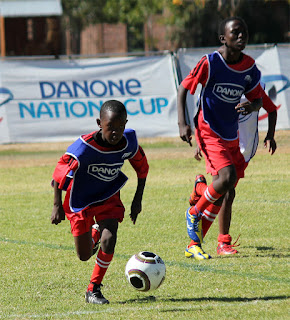 All 12 KwaZulu-Natal regions have started their road to the Danone Nations Cup provincial soccer finals, with Siyathuthuka Primary School of Mtubatuba being the first to qualify for the next round of the competition.

The UMkhanyakude regional finals took place this past weekend with 16 schools participating.  The schools were divided into 4 groups and Siyathuthuka won, drew and lost a game to finish second in their group behind Qomukuphila PS, which put them into the quarterfinals.

They went on to beat Mgedula Primary 1 – 0 to reach the semifinals where they overcame Mthwazi Primary 3 - 1 on penalties and finally Ntuthuko 1 – 0 to win through to the provincial finals.

An excited coach, Ziduse Ncube, explained that this is a major feat considering they only started playing in the tournament last year, when they were knocked out during the district finals.

Ncube came to the school, which is based in Nkombose Reserve, Mtubatuba, two years ago from Hlazane Primary School which has been participating in the competition for a number of years.

He was keen to enter his new school in the Danone Nations Cup because he believes it opens up a lot of opportunities for young players.

“We have a team made up of new players who have never taken part in such a big tournament,” he said. “We don’t have the best training facilities, but that won’t stop them from reaching for their dream to go through the national finals.”

Ncube has no formal coaching qualifications and gets his knowledge from attending local games and reading books on how to develop young players.

“We know that reaching the provincials is a different ball game and will require hard work so we will continue training sessions 4 times a week once we return from the Easter school holidays.  I have also organised friendlies against the local club under-14 teams as warm up games,” he said.
Keeping it simple is the plan, said Ncube.  “The boys are still busy mastering the basics so I will keep it simple in terms of training; defending, attacking, ball possession and building stamina.”

Changing tactics now will not benefit the team, believes Ncube. “I don’t want to confuse or tire the team before a big event like the provincials. Looking at their performance from the cluster level to the regional finals, there’s a huge difference and I’m impressed with their willingness to learn and their discipline.

Ncube says there are no key players in the team.  Good results are achieved through teamwork he and wants his players to remember that. “Every player has had a hand in winning the games we needed to in order to qualify for the provincials.” 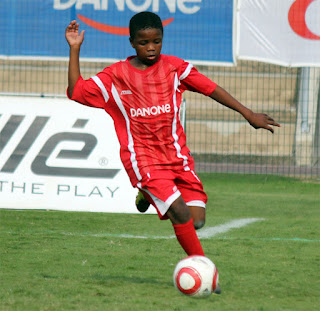 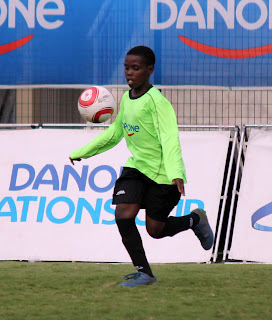 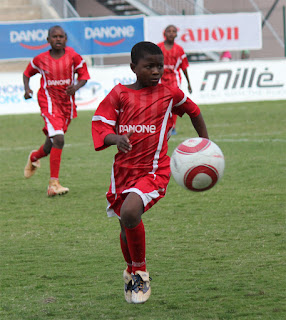