KFC Mini-Cricket Kids to Challenge the Proteas at Newlands

The KFC Mini-Cricket Kids vs Proteas Tour is upon us and KFC and Cricket South Africa are proud to announce that Kimberly Islamic School will be stepping up to the crease as the Proteas’ first opponents.  The school will be taking on SA’s best on the 8th December 2016 at Newlands Cricket Ground in what promises to be a day of excitement and fun.

The Proteas, who are currently on top form after two stellar tours against Australia, will look to keep their winning momentum going when they take on the kids on home turf at Newlands stadium.

Mike Middleton, Chief Marketing Officer for KFC South Africa comments, “At KFC we are fully committed to the development of our country’s young cricketers.  KFC Mini-Cricket Kids vs Proteas Tour matches are always special occasions, giving young cricketers the once in a lifetime opportunity to not only meet, but to play against their heroes. I wish the KFC Mini-Cricket kids the best of luck in their first game and I am confident they will do KFC proud.”

Former Proteas captain, Graeme Smith will be going up against his old team when he takes up the role of KFC Mini-Cricket coach for the match.  Smith, who conducted a training session with the kids at their school today, spoke of his excitement for the game and at meeting his charges, “I cannot wait to lead the KFC Mini-Cricket kids in game one at Newlands.  We may be taking on my old team but on the day I will be fully behind the kids.  Having had a glimpse at their abilities today I am confident that we will be able to give the Proteas a good run,” said Smith.

The game between the kids and the Proteas will be the first in a four match series which will see two Proteas home games taking place at Newlands and Centurion stadiums respectively, followed by two games hosted by the KFC Mini-Cricket kids at their schools.

Historically, the KFC Mini-Cricket Kids vs Proteas Tour has been a tight affair with both teams having won one tour apiece and the 2015/16 tour ending in a 2-2 draw.  As a result, both sides will without a doubt be keen to get one up on their opponents says star Proteas batsman JP Duminy, “It’s a definite advantage for us to get the series started with a home fixture,” said Duminy. “The KFC Mini-Cricket kids are always seriously competitive so we will need to be on our game.  We are going into this series with form so we are confident we can get off to a positive start,” he added.

About the KFC Mini-Cricket Kids v Proteas Tour
For the fourth year KFC will run a national competition where KFC Mini-Cricket kids will stand the chance to play against the Proteas in the KFC Mini-Cricket Kids vs Proteas Tour.
Kids can enter online (www.kfcminicricket.co.za) or via USSD (*120*7535#).
The winners will be rewarded with a prize handover, a training session and a game against the Proteas, all assisted by one of the three KFC Min-Cricket coaches, Graeme Smith, Neil McKenzie and Mfuneko Ngam.
The runners-up will be given the opportunity to participate as ball boys and girls at televised Slam T20 Challenge matches or KFC T20 Internationals.
Ten third place winners will be drawn, each of whom will be awarded with a KFC Mini-Cricket set for their school. 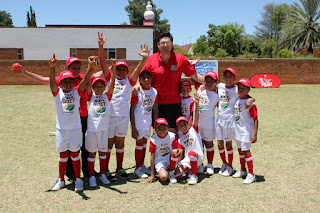 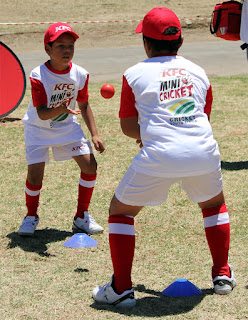 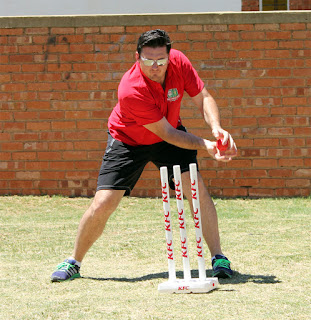 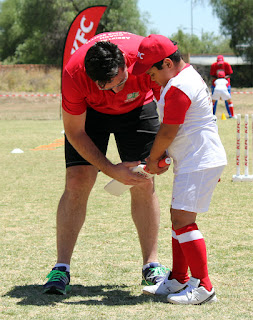