Young soccer star is preparing mentally for the enormity of playing soccer in Paris which will be the venue for the Danone Nations Cup World Finals.

For young soccer star, Kaivan Mahangwahaya, the biggest adjustment in his preparations for the under-12 Danone Nations Cup world finals in France, in October, is going to be getting his mind around the fact that he is going from a small rural village in Limpopo to the bigger and faster pace of Paris.

Kaivan felt the pace of Joburg was a bit daunting when he travelled to the metropolitan city to compete in the national finals a few months ago, but it is now a completely different ball game.  It’s going to be hectic, Kaivan admitted, but he is looking forward to it, and the team is hard at work preparing for what is going to be the adventure of a lifetime.

Kaivan was born, and has spent his entire youth to date in the small village of Tshiozi, outside Louis Trichardt in Limpopo.

He was a pupil at Maguluvhe Primary School, close to Benny’s Sports Academy, when he was approached by scouts from Benny’s and invited to join the school in 2015 as a boarder.

His brother, Ivan Mahangwahaya, also attended Benny’s and is now a professional player at Black Leopards which competes in the National First Division.

Ivan, who is a 27 year old midfielder, is his role model and hero. Their mother, Emely, is unemployed and so Ivan supports them and pays Kaivan’s school fees. He visits them once a month and it’s something Kaivan looks forward to very much.

Being at Benny’s has changed the life of the youngster. “I love being at a soccer school as well as living in the hostel where I can play with my friends after school and we help each other with our homework.”

The national finals were not easy, Kaivan said, and it became more difficult when their captain, Dakalo Mokweng, was injured and was taken off. “Our goalie, Hulisani Mashau, was made captain in his place and he was a good motivator and also saved many goals.  What a learnt from this experience was not to get flustered as things change and you need to make the most of the new situation and go out there and make things happen for your team.”

The toughest game in the national finals was against the Eastern Cape team, Barkerville he said. “Their defence was very strong and I could not break through the back line and score.”

As the team’s striker, Kaivan feels he needs to get mentally prepared for France. “It’s going to be fast-paced and there are 32 teams so there will be plenty of people around and most will not even speak English. Before going to Joburg I didn’t even know what traffic was and I believe that Paris is even bigger and I need to ensure that this doesn’t interfere with my concentration,” he admits, “but our coach, Mbishi Mokwena is helping us prepare in all respects. He is caring and motivational.  We are watching video’s of previous world final games as well as of Paris so that we know what to expect.”

Kaivan realises the importance of getting an education and when he finishes school he wants to become a lawyer. He believes that many people that are incarcerated are innocent and he wants to stand up for these people. “I enjoy watching law movies and I think this is my calling.  Coming from a rural area I appreciate the opportunity that Danone is giving us of going to France as I will have to come out of my comfort zone which is important and teaches lateral thinking, which is necessary for law and life in general.” 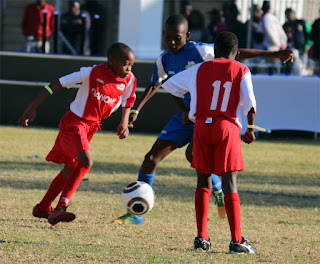 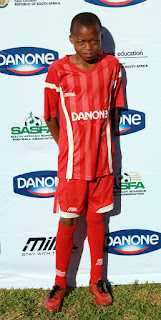 LAUNCH OF THE SPORTS LEGACY EXHIBITION: from freedom to fanfare, celebrating South Africa’s legacy as a sporting host


Since its readmission to world sport, South Africa has successfully staged a number of high profile international sporting events, including the World Cups of rugby, cricket and football.

In celebration of those and other achievements, and to display to the public just how notable they were, the exhibition “From Freedom to Fanfare, celebrating South Africa’s legacy as a sporting host”, sponsored by the Lotto, has been launched, and it will be on display for people to celebrate South Africa as a successful sporting host since 1994 for the next five months.

The exhibition, which is informative and interactive, and therefore great fun for the whole family, is on display at the FNB Stadium in Johannesburg and incorporates 13 sports and 29 events.

The exhibition has been years in the planning. The original concept was the brainchild of the late Leepile Taunyane. He had a dream that was to establish a South African Football Museum highlighting the history of SA football.

Sadly, he died in 2013 and he did not live to fulfill his dream, so the project was put on hold.
That was until his son, also Leepile Taunyane, took it up on behalf of his father and joined forces with project custodian Pippa Freer, the ex­ Orlando Pirates marketing manager. She has put together many sports projects and has worked with a number of government departments.

Leepile is an engineer by profession, but growing up in the massive presence of his beloved father, he could not but get to love football. Although he never played the sport at a high level, the game was an ever ­present factor in the household.

The project evolved under Leepile’s direction from a football museum to a multi­code concept, as other sporting codes asked to be involved. It is now a celebration of South Africa as a sporting host in general.

It is, of course, impossible to include all the highly successful events that have been hosted, so it was decided to include those events and sporting codes that made a big impact within all communities in SA. The success of the event in the eyes of the fans is what determined what would be included.

The exhibition will be open on request for group bookings and the cost of the entrance will be determined by the nature of the group request. For example, the group might want to also have a tour of the FNB Stadium, or it may require refreshments.
More/.....
The exhibition is available for hospitality at big match or event days.  It is also a fun venue for launches.

There will also be special offers for large groups and for scholars. 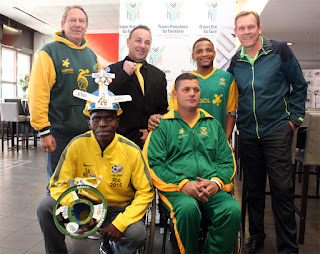 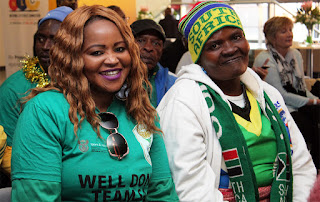 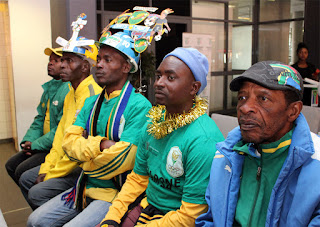 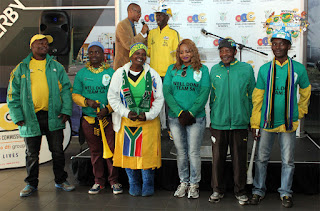 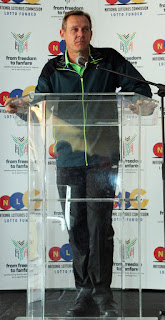 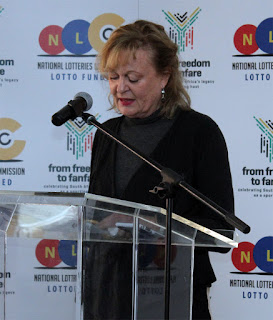 COCA-COLA® U18 CRAVEN WEEK HEROES TO DON GREEN AND GOLD

Three of the five Coca-Cola® Hero of the Day award winners, selected at the 2016 u18 Coca-Cola® Craven Week, have been named in today’s SA Schools squad announcement.  Wandisile Simelane (Golden Lions); JC Pretorius (Pumas) and Khanya Ncusane (Western Province) were all named in the squad which will be taking on England, Wales and France.

The Coca-Cola® Hero of the Day was awarded on each match day of the Coca-Cola® Craven Week to a player who inspired or changed his team’s fortunes with a hero moment.  Each of the SA Schools selectees were picked for the award by a panel of experts, including SuperSport’s Elma Smit.  Their selection no doubt brought them to the attention of the SA Schools selection panel and sees them joining the squad of twenty-six players who will wear the famous green and gold later this year.

Wandisile Simelane, who hails from Jeppe High School for boys, retains his place in the squad and has been touted as one of the brightest up and coming heroes in South African rugby. He was selected for the Coca-Cola® Hero of the Day award on day three of the tournament after scoring a hat-trick of tries in the space of twenty minutes in his team’s opening match.

“My two Coca-Cola Craven Weeks have, without a doubt, provided a springboard for me to launch my career in rugby.  The week provides players with opportunities like nowhere else and is very important for young rugby players to show what they are made of,” commented Simelane.

The Coca-Cola® SA Schools team will face Wales on Friday 12 August at the City Park Stadium in Cape Town, France on the 16th August at Bishops Diocesan College, Cape Town and England on the 20th August at Paarl Boys High in Paarl.
[ENDS] 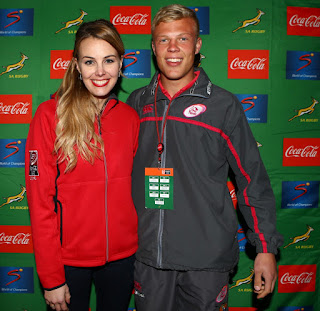 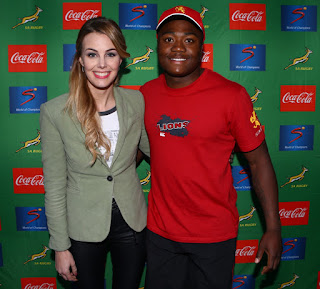 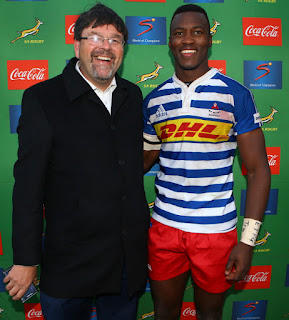