Gugu Ndulama came into cricket from a financial background and, although she was always a cricket fan and used to watch cricket on TV, she did not know much about what happens in the background at a cricket event.

So, when she was made Eastern Province KFC Mini-Cricket Coordinator in 2013, she decided initially to use her financial acumen to ensure that the programme was run on a sound basis.

She started to implement new financial procedures in the programme and although they were not well received at first, as soon as the schools and coordinators realised the benefits of the changes they accepted them. “It’s very important, as the provincial coordinator, to know what is happening with the finances so you can see how you can use the money to benefit the children in the programme.”

When she got back they told her that she has been promoted to be the Eastern Province KFC Mini-Cricket Provincial Coordinator.

“I had to learn quickly,” she says. “I had to teach myself by watching others and take the initiative when I had to organise events. Being exposed to the opportunity to learn a lot through the programme has been great.”

Gugu loves the activations that she has organise to grow the programme. “I love the travelling and going the annual KFC Mini-Cricket National Seminar where I can share ideas and learn from others, is always a highlight.”

To be a good provincial coordinator you need to be patient and open minded, Gugu believes. “I am not a naturally patient person, but I have learned how to be patient through the programme.

“A lot of the people that I deal with are teacher-volunteers who have different priorities as educators. So when I ask for things I know I have to be patient and sometimes compromise. To run the programme effectively you have to be mindful of the primary functions of some of the other coordinators.”

For now, Gugu is happy to continue growing the programme. “I would love to see more schools and more kids playing KFC Mini-Cricket in the EP region.” 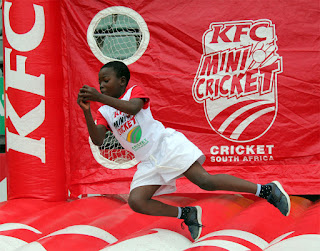 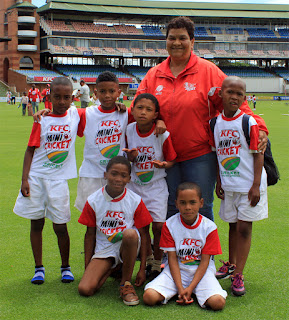 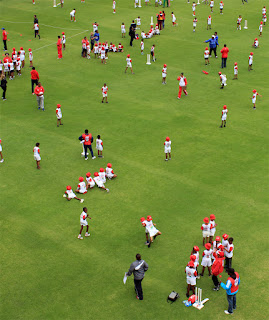 When Mercia Baaitjies, the KwaZulu-Natal Inland provincial coordinator for the KFC Mini-Cricket programme was runnerup for the coordinator of the year in 2016 it was testament to her passion for the game, and for working with children, and also to her exceptional planning and organizational ability.

Earlier in the year she had some personal problems due to giving birth to twins, prematurely, but she had matters well in hand and her long term planning allowed the programme to run smoothly even while she was in hospital. And on the day that she got out, she popped in to her local KFC Mini-Cricket Provincial festival to make sure that it was running smoothly.

Mercia’s involvement in cricket began in the Eastern Cape. When she was younger she played for the Eastern Province women’s cricket side and she always saw herself working for a sporting union and with famous people.

Then, in 2008 her family moved to Port Elizabeth and she was looking for a job. She saw an advert for a receptionist at the Eastern Province Cricket Board. She applied and got the job and did so well that they soon included the administration of Mini-Cricket to her portfolio.

In 2010 KFC took over the sponsorship of KFC Mini-Cricket and together with Cricket South Africa, they decided to appoint dedicated provincial coordinators at all the unions and Mercia was appointed the Eastern Province KFC Mini-Cricket coordinator.

She was there until June 2013 when SA Cricket offered her the position to run the KwaZulu-Natal office as their Inland KFC Mini-Cricket Provincial Coordinator.

So, she moved to Pietermaritzburg with her husband, who managed to get a transfer from his company, and her 5 year-old son.
She soon found that working in KZN was completely different to Port Elizabeth. Many of the schools are in remote rural areas and e-mail communication was not as easy as it was in the Eastern Cape.

She has to visit the schools and build face-to-face relationships with the people responsible for KFC Mini-Cricket in the KZN Inland region. Sibonelo Ncobo, who ran the region before her, was very helpful initially. He introduced her to the teachers at some of the schools in the area, and she soon learned that she would have to change the way that she did things to be more effective in her new province.

Since she took over in the area she has learned a lot and has grown the programme considerably, incorporating schools that never played cricket before.

Mercia believes her greatest strength is her ability to plan ahead. She is a very structured and well organized person and she has already got her plans for the 2017/18 season in place.

“Through the programme I have learned to be patient, to manage my time and to listen to people.”

Mercia’s husband and her kids are very supportive. They understand the demands on her and are willing to go to the KFC Mini-Cricket events that she organizes to help her run them.

Her career highlights so far are definitely last season as the coordinator of the year and that she is so organized that she was asked to assist KwaZulu-Natal coastal to run their KFC Mini-Cricket Kids vs Proteas match in Umlazi. 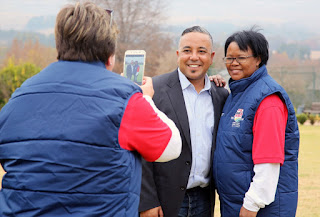 Raisibe Ntozakhe – Proteas Women’s Player
The recent ICC Women’s World Cup in England brought back the memories for a 20-year-old Raisibe Ntozakhe who remembered her days a KFC Mini-Cricket kid, when she saw the boys and girls who were the flag-bearers – something she used to do in her younger days.

The inspiration of being involved in the KFC T20 Internationals and the CSA T20 Challenge matches is something Raisibe still hold close to her heart and hopes that every child is encouraged by this experience.
When Raisibe was selected for South Africa it was the realisation of a dream that began with playing KFC Mini-cricket at the school in Alexandra township and, later, hardball cricket in an all-boys team.

“I became fascinated with the game when I was just 6-years old, “explains Raisibe. “I saw some boys playing Mini-Cricket and wanted to join them however, there were no other female players in the school and I was the only girl in the team. Luckily, the boys were in my class and they were my friends so they accepted me,” she adds.

While netball was the sport of choice for the girls at her school, Raisibe was drawn to playing cricket.
“I quickly grew to love the game, and I would not let anyone break me down and try to stop me from doing what I loved,” notes the 20-year-old.

Initially, Raisibe started out as a medium pace bowler, but later she changed to become a spin bowler when she reached the age of 9. This transition became the catalyst for her being selected the Gauteng under-13 Women’s cricket side. Raisibe realised that she was a better spin bowler than medium pace bowler.

After moving on from KFC Mini-Cricket she continued playing hard ball cricket with the boys, and by this stage she was already playing Gauteng u-16 and u-19 Women’s cricket. Raisibe was encouraged to continue playing cricket by coach Eugene Peterson even though that meant she had to play cricket with the boys.

To be where she is now Raisibe has had to put in a lot of hard work and dedication into her game.

“I didn’t think that this was going to be my breakthrough year. I had always hoped that I would make the Proteas team, but I didn’t expect it to happen so quickly” she points out, highlighting on the fact that hard work and determination will take you far but patience is key in grounding yourself.

The day Raisibe was selected for the Proteas Women’s team was a highly emotional one for both herself and her grandmother who cried because she was extremely proud of her granddaughter’s achievement.

Raisibe is currently studying a sports administration and coaching course and next year she plans on studying Biokinetics.

She is still involved in coaching at Alex where she coaches under-13 hard-ball cricket.

“I hope that in 10 years’ time I’ll still be in the Proteas team, talking about the little kids that I’ve inspired to play cricket,” she adds.

In August, this year Raisibe attended a Gauteng KFC Mini-Cricket seminar where she met up with a lot of the teachers that coached her at school, who are   are still coaching kids in Alex and looking out talent.

“It’s humbling to see the people that got me to ply and love the game still working hard in the programme. “I can’t wait to see the next Raisibe Ntozakhe coming from Alexandra. Phetheni Vezi, a teacher at Skeen Primary School, has played a fundamental part in helping to discover Raisibe’s talent. Vezi was one of Raisibe’s early KFC Mini-Cricket coaches, and coached her since she was 6-years-old.

“Upon realising that she was a girl I got her involved in the Gauteng under-13 girls team, even though she was still playing Mini-Cricket at that stage. It was already clear that she was something special.

“I’m so excited that Raisibe has made the Proteas women’s team and very proud of her, concludes Vezi 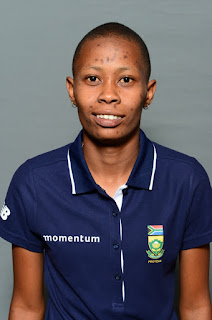 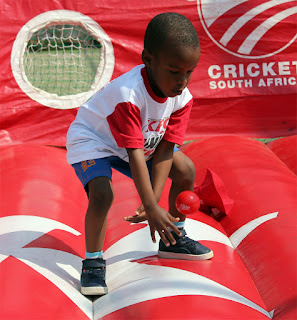 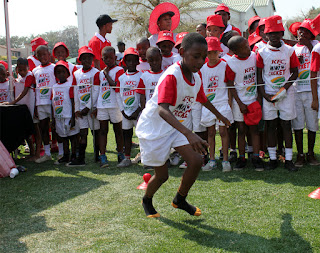 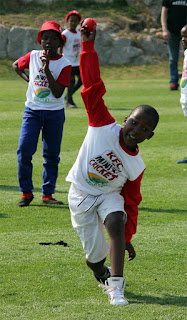