Laёrskool Rustenburg Noord were well deserving winners of the under-12 Danone Nations Cup North West provincial finals, which took place this past weekend at the Alabama Stadium in Klerksdorp.

History will be made in that it will be the first time that a female coach will be in charge of a team at National Final level, as this has not happened in a Danone Nations Cup tournament in South Africa.

“I am overwhelmed,” said an excited Busisiwe Mangena.  “My team was fantastic, and I am so proud of all my players.  They started off a little nervous but soon gained their confidence and just went from strength to strength.

“The final round robin game pitted us against Refethuto Primary and the boys put their heart and soul into ensuring a good win (8 – 0).  This put us into the final scheduled immediately after our last league game and I was worried that the boys would be exhausted.   But, once again, they proved that they have the stamina and endurance to continue their winning ways and we finally beat Kwala-Kitso 3 – 1 to take us to the next step, which is the national finals.”

Laёrskool Rustenburg Noord was boosted by an exceptionally gifted youngster, Koketso Tshwene, who was a member of the Mamelodi Sundowns Rustenburg satellite development programme when he was just 8 years old.  Due to transport problems he was unable to continue and is currently attending the Atletico Academy in Rustenburg.

“I remember Koketso well as a talented youngster at the Sundowns Academy,” said Mamelodi Sundowns scout, Mandla Mazibuko.  “While he was with us he was not shy to take chances and was constantly shooting at goals which earned him the nickname, Messi.”

Koketso’s parents, George and Joyce Tshwene were at the game to watch their son in action.  “We travel everywhere to support Koketso,” said a proud Joyce Tshwene, who is a project manager with the SA Airforce VVIP unit. “I would like him to come to Tshwane next year so that he can continue with Sundowns. He has the talent and is confident on the ball and I would like to give him the best grounding.  Who knows, one day he might play for South Africa!”

Mazibuko has attended most of the Danone Nations Cup finals this year and has identified good coaching as key to the success of developing youngsters.  “To ensure excellent results at top level (Club and Bafana Bafana level) we need to ensure that structures at youth level are in place.  We have so much talent in this country, and to keep up with the way the game is evolving at a technical and tactical level, kids need to learn as early as possible so that it becomes a habit.  This means that schools need to teach correct methods.” 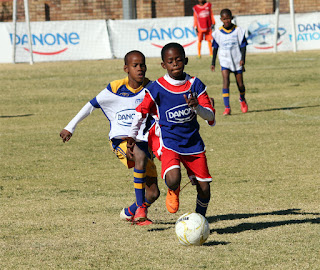 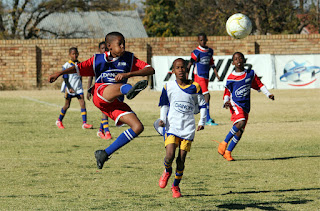 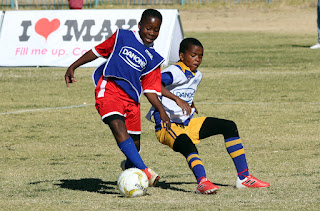 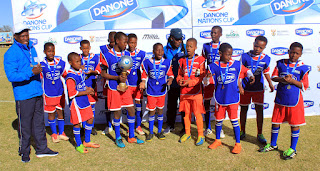 
Shapeve Primary School are the under-12 Danone Nations Cup Mpumalanga provincial champions after beating Makhathini Primary in the final at the Mpumalanga Stadium in Ermelo last Saturday.

Shapeve were fortunate to be in the final at all. They finished third on the log, but snuck into the final when Daniye, who came first, were disqualified for irregularities in their entries.

They beat Makhathini 2-1 to qualify for the national finals in Boksburg on September 15th.

Team manager, Andries Muthupi, said it was a dream come true to get them into the national finals for the first time in 9 years, in his first year as manager of the team. “It’s very exciting for me personally, but it would never have happened without the skilled players we have,” he said.

Muthupi has a SAFA D License and has attended seminars at Orlando Pirates and Supersport FC which has helped a lot as he was able to groom the youngsters and teach them the correct methods before bad habits are learnt which are difficult to change later in a footballer’s career.

“Having the qualifications enabled me to recreate game plans after assessing how the other teams were playing,” he said. “I watched Makhathini and assessed their format and devised the final game plan accordingly. It paid off.”

They are all looking forward to travelling to Johannesburg for the national finals. It will be the first time in the city for him and the players. “But the nationals will be a very different ball game as the top schools from all 9 provinces will be there,” he cautioned.

Muthupi thanked Danone for the amazing opportunity they are giving the kids. “Most of the schools that participate are from rural areas and to be able to get the opportunity to travel to the big city and compete in such a high-profile tournament is outstanding for these youngsters who might never have been given such an opportunity,” he said.
“The tournament opens young minds at the endless opportunities there are out there, and gives them the drive to set goals and to want to achieve great things. And to think that the ultimate winner will get a chance to travel overseas, in this case to Spain in 2019, is fantastic.”

Shapeve coach Xolani Ngubane knew they had an excellent chance of winning the provincial title. “It’s exam time now and the boys must focus on this because education is extremely important. Then it is school holidays, so training will resume at the start of the new term.”

Facing Makhathini in the final match was tough, Ngubane said, as they lost 3-0 to them in their league encounter. “My boys went into the game to redeem themselves. They had the will to win and from the first ball they showed their dominance scoring 2 goals in quick succession.”

Both goals were scored by their star player of the day, Tshepo Mhlambi. “Makhathini pulled one back at the end of the game but we managed to win which means we are the ones going to Gauteng,” Ngubane concluded.

Mamelodi Sundowns scout Mandla Mazibuko was there and from the start and identified Shapeve as a school with talented players and felt the school who will go far in the tournament.  His hunch proved correct.  Who knows what will happen at the Nationals as the tournament is far from over! 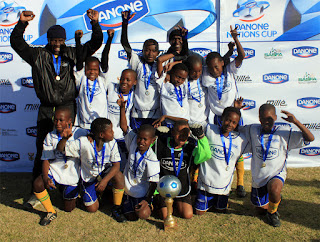 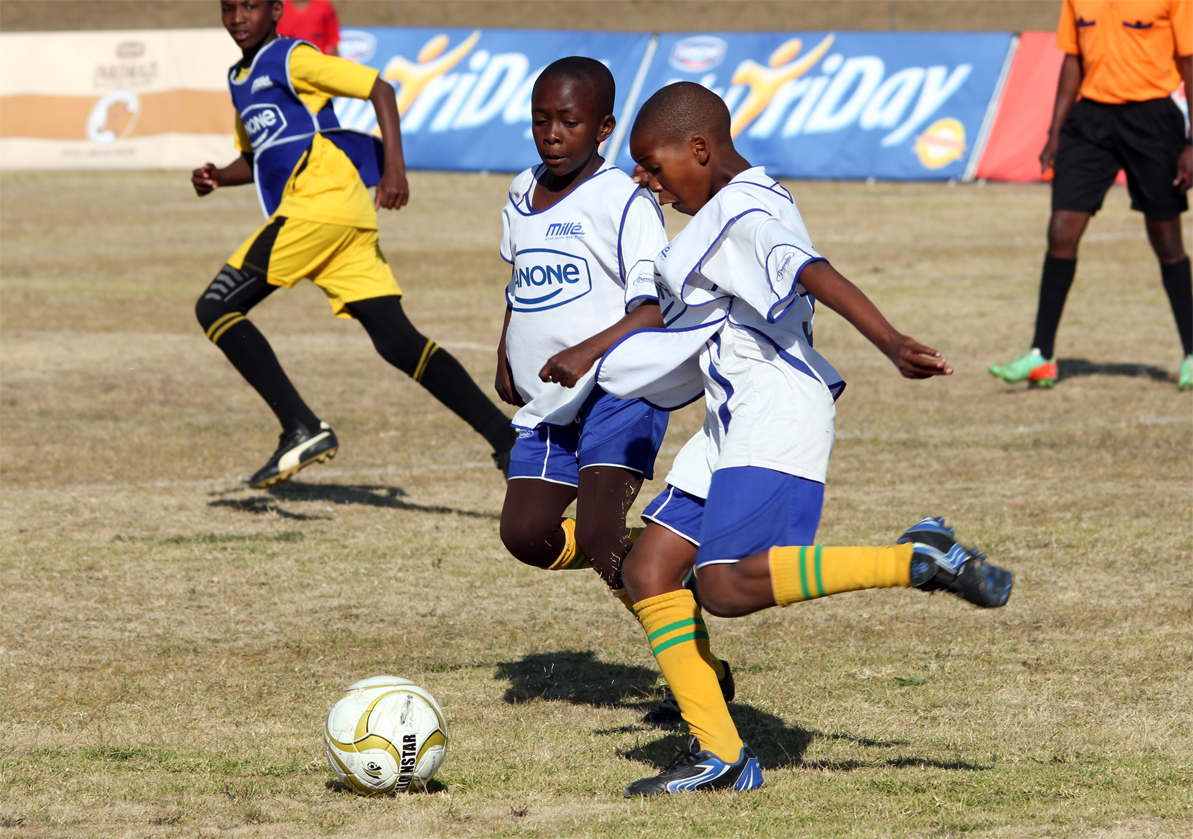 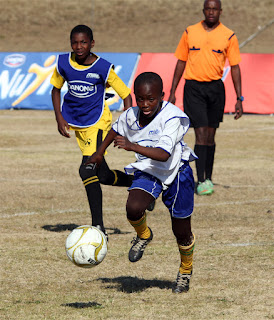 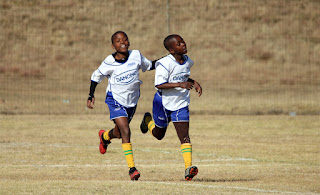 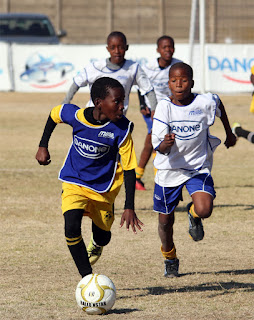