KFC wrapped up the KFC T20 International Series with the Proteas snatching a 3-0 win from Sri Lankan team. This was after nail biting action at PPC Newlands, Supersport Park and Bidvest Wanderers respectively. With the series promising to be an exciting one after the Pakistan tour was concluded in February, it as only befitting that KFC bring back the #KFCBigBucket.

The return of the KFC Big Bucket was a result of the fans taking the opportunity to enjoy a game of cricket in the best seats in the oval while enjoying their favourite KFC treats and sharing such unforgettable moments with friends and family. This once in a lifetime opportunity was awarded to fans that entered a social media competition and were randomly selected to be part of the fun that was in the KFC Big Bucket.

Over 100 people were hosted in the #KFCBigBucket where they were spoilt with mingling with their favourite Proteas Players and some popular television and radio personalities. These included Lungi Ngidi, Kagiso Rabada and JP Duminy as well as Thomas Msengana, Siv Ngesi Kerry McGregor and Mapaseka Koetle-Nyokeng.

Fans embraced the epitome of what KFC stands for, sharing a great time with friends and family while enjoying a great meal over good conversations and laughs. With the KFC T20 International Series having to come to an end, KFC remains committed to the development of mini-cricket through the KFC Mini-Cricket programme which is the pipeline to CSA development structures.

Pretoria cricket fan, Arnold Mitchell got to meet Neil McKenzie he spoke fondly of his experience. “The experience was insane. I got to meet a cricket legend and experienced a great vibe in the bucket. We spoke cricket with Neil and exchanged funny stories about our lives with Neil.” 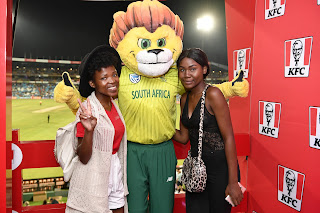 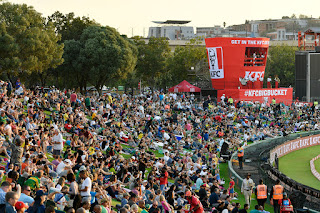 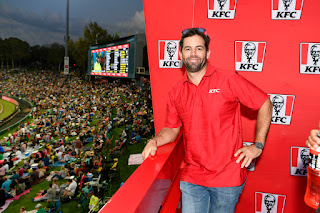 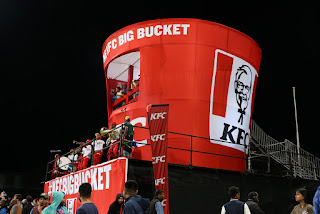 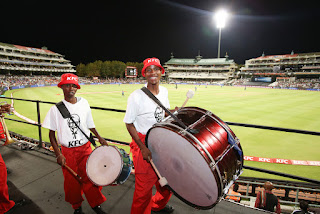 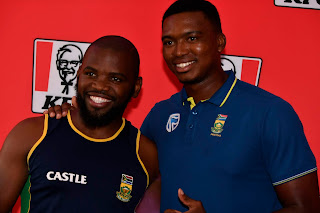 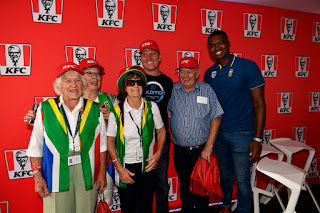 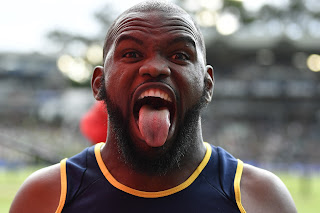 Gauteng’s St. Stithians College have won the coveted Coca-Cola® Schools T20 Challenge for the 4th time by beating St. Charles College in an action-packed final match at the University of Pretoria on the 17th March 2019.

St. Stithians won the toss and batted first deciding that it would be better to post a total and rely on their bowlers to defend whatever they manage to score. Even though St. Stithians won the toss it did not seem to help them must as they struggled to post a total losing wickets at frequent intervals managed to score 123/7 in their 20 overs thanks to Travis Ladner 41 and Sebastian de Oliviera 35.

Wesley Madhevere, the captain of St. Charles once again leading from the front. He took 2/19 and ran out St. Stithains power hitter Liam McCarthy and caught Jodi de Sousa in helping his team to restrict St. Stithians to a attain a total. St. Charles needed to bat rationally and take the game to St. Stithians to win the tournament. St. Stithians had the advantage of having won the competition before and know how to work well under pressure.

Man of the Match Liam McCarthy took 4/14, Tristan Brooks took 2/17 and Matthew Lieberman took 2/18 to restrict St Charles to 70 all out and win the match by 53 runs. 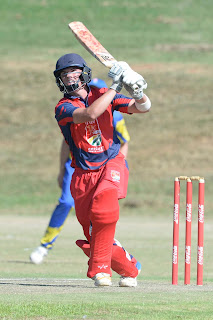 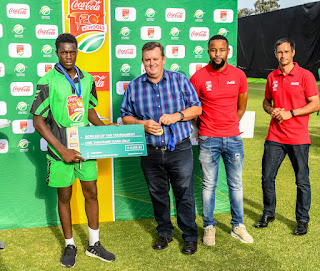 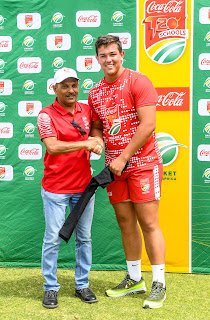 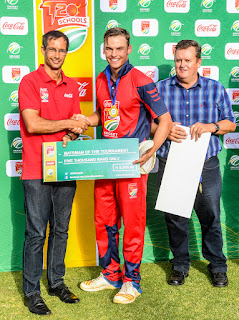 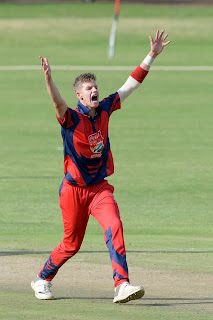 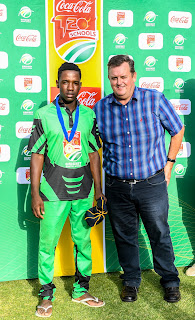 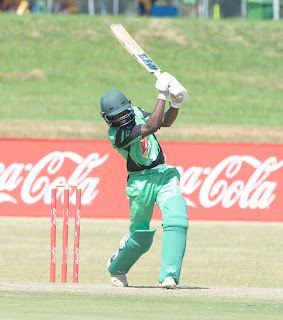 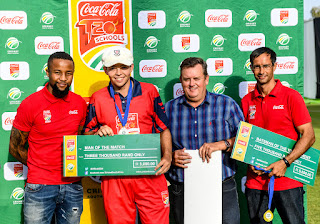 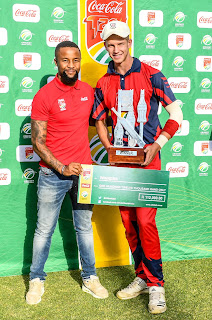 The Coca-Cola® All-Star team completed a ‘dream’ weekend with a hard-fought win against a Cricket South Africa Hub team in a curtain raiser to the 2019 Coca-Cola® Schools T20 Challenge National Finals in Pretoria.

On Thursday 12 players from 7 different schools from around the country had an opportunity to meet and engage with each other for the very first time whilst embracing their true passion for cricket and establishing new friendships.

After three extensive training sessions and closely watching the other franchise teams play during the Coca-Cola® Schools T20 Challenge National Finals, the team finally had an opportunity to bring their game and shine on Sunday. Cricket South Africa included a strong team which included players such as Obakeng Maila who played in the Coca-Cola® Khaya Majola Week in December 2018 to pose as serious challenge to the team.

Coca-Cola® All-Star team won the toss and sent the CSA Hub team in to bat first. This decision proved to be a good decision when Anda Dilima took a wicket in the first over and from there onwards the CSA Hub team was on the back foot throughout the match. Five of the Coca-Cola® All-Star team took wickets but Zuan Swart ended up with the best figures with 2/16. The CSA Hub ended up with 119/8 in their 20 overs.

The Coca-Cola® All-Star team started their run chase meekly losing Wali Voyoni and Jedhli Van Briesies both to Tshepiso Makau with the score on 4 but they did not panic and continued to chase down the modest total. The big difference between the two teams came when Jannie Claassens came in to bat and smashed 30 off 13 balls including 4 sixes. His peer from Hoer Volkskool Potchefstroom, Timothy Malan marshalled the team to win by 4 wickets.

Coca-Cola® All-Star team player and Cambridge Academy cricketer Wali Voyoni said, “I had a phenomenal experience, I had a chance to play and test myself against some of the best school boy cricketers in the country. I also made a number of new friends which I will keep in contact with, hopefully I will get to play against the lads in the very near future.”

Paul Harris said, “Coca-Cola® has initiated a good idea by enabling boys that were unfortunate to not make the Coca-Cola® Schools T20 National Finals. The boys played on some of the best fields in the country and trained in the Powerade High Performance Centre which is a top cricket facility where the Proteas themselves train from time to time. I wish the boys a great journey ahead and hope they continue to make their dreams come true on and off the crease.”