Sibonelo Mfeka, coach of Zamukhanya Primary School, who represented Gauteng at the Danone Nations Cup national finals in Dobsonville last week has started preparations for the 2019 tournament.  He is confident the team will do well based on his experience in Soweto, boosted by the fact that eight of his boys will still be eligible to play.

“My game plan this year was based on encouraging the boys to dribble the ball as far as possible before passing, but I learnt quickly that this is incorrect in the modern game of soccer,” said Mfeka, who saw the national final experience as a giant learning curve.  “Our toughest opponent was Benny’s from Limpopo.  They played as a team and passed the ball quickly.  My boys found it difficult to defend against the quick effective passes and we were left standing.”

Mfeka is a highly qualified teacher with a post graduate degree in Education from Unisa, but coaching soccer is a passion of his and he coaches according to his personal soccer experience.  “I never played the game at a high level and started coaching at school primarily as a means of educating my students on important live values such as trust, respect and discipline.”

Reaching the national finals was an incredible achievement said Mfeka.  “We never lost a single match during the qualification phase of the tournament, so when we lost our first game against Benny’s 3 – 1 it came as a shock to the boys. I explained to them that over 3 000 schools registered to participate in the tournament and the fact that we were one of only nine finalists remaining shows that they are exceptional players.  I also had to get them to understand that losing is part of the game and it is how you recover from a loss that determines a true champion.  Losing is not the end of the world.”

Captain and defender, Siyabonga Msimango was Zamukhanya’s star player said Mfeka.  “Siyabonga proved to be a well deserving captain.  He listened to instructions and was a great motivator.  He played with great determination.  There were times when I changed his position on the field and he rose to the challenge and played exceptionally well proving he is a great allrounder.”

Zamukhanya finished the tournament drawing two games (against Muzuvukile and Lutzburg) and lost against Benny’s and Charles Morgan to finished in 5th position on the log.

Nomlinganiselo from the Western Cape were the ultimate winners of the trophy, after beating Charles Morgan primary from the Eastern Cape on penalties and will be representing South Africa in the 2018 world finals against 20 other nations.

To celebrate Danone’s 100th birthday, and the 20th edition of the Danone Nations Cup, both the 2018 and 2019 soccer tournaments will be held in Barcelona, Spain in 2019, on a date to be announced.  Registrations for the 2019 South African edition will be open within a month.

“It is a privilege for Danone to be involved in this event,” said Chantel Ehlers, Internal  Communications Manager, Danone Southern Africa.  “In 2018 approximately 50 000 young under-12 learners played in the tournament and as they progress through to the next age group in 2019 we trust that they have had fun and, as health and nutrition is at the heart of Danone, we trust that they have developed healthy eating habits that will last a life time.  Our mission is to bring health through food to as many people as possible and we look forward to 2019 and helping dreams come true for the next crop of young soccer players.” 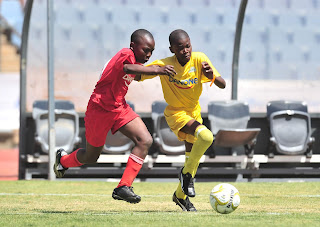 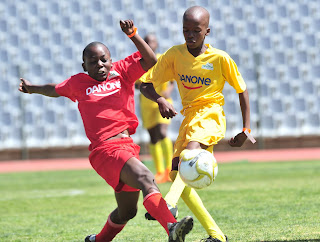 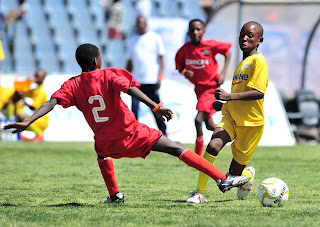 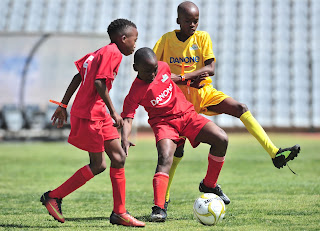 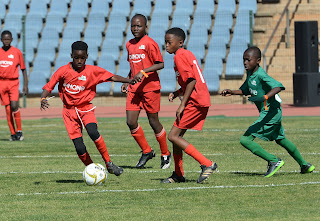 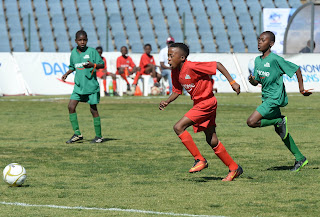 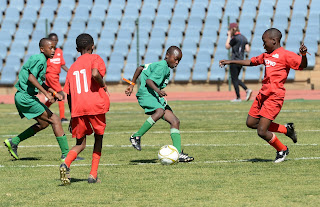 Free State School, Tshediso-Xolani Primary, might not have won the Danone Nations Cup trophy, but four of their boys were spotted by the Bophelo Academy in Mayfair, Johannesburg and will be attending trials from 28th – 30th September.

As provincial champions, Tshediso-Xolani represented the Free State at the Danone Nations Cup national finals held in Gauteng over the weekend.  They were drawn in Pool B together with Shapeve Primary School (MP), eventual winners, Nomlinganiselo Primary School (WC) and Laerskool Rustenburg Noord (NW).

“We managed to beat Laerskool Rustenburg Noord 1 – 0 but lost by the same margin against the other two schools,” said coach, Ditaba Mokoena.  “Nomlinganiselo was our toughest opponent as they have a                                         well-organized skillful team.  We battled to penetrate their defense and they are well deserving ultimate winners of the tournament and I believe they will do well in Spain next year.  They could have won the final match against Charles Morgan as their tactics were good, but they failed to put the ball in the net which resulted in a penalty shoot-out, which they won 4 – 3 to be crowned the 2018 Danone Nations Cup winners.”

The Danone Nations Cup has many components to it, one being creating the platform for clubs and academies to view talented players, and this is exactly what happened for Tshediso-Xolani.  Captain, and all-rounder, Mokwinig Tsotetsi, attended a Mamelodi Sundowns training camp in June after he was seen in action at the provincial finals.  Now he has been invited, together with three other players (goalkeeper Ditaba Mofokeng, defender Kakudi Mosia and mid-fielder Paballo Molakeng) to attend trials at Bophela Academy in Mayfair, Johannesburg.

“The Danone Nations Cup is such an exciting tournament with endless opportunities,” explained Mokoena.  “Under-12 is a crucial age and this tournament is where our future stars are identified.  I am so proud that four of our Free State boys have been invited for trials.   It is good for the province and the school.”

Changing the way children think and building confidence are also key components of the Danone Nations Cup, said Mokoena.  “This tournament is about believing in your dreams.  While it would have been exciting to have won the trip to Spain, my boys have come back home from the national finals more confident and very happy.  They made many friends as all the teams were staying at the same hotel, they played in a great stadium and there were other activations at the stadium such as football skills tests where they had such fun.  They made memories that they will cherish for the rest of their lives.”

Mokoena has a SAFA Level 1 Coaching certificate which he believes helped him coach the youth and guide them in developing good soccer habits.  “I have laid the foundations and now the academies and professional clubs must take the players to the next level.  I am proud of the role that I have played in their soccer careers.” 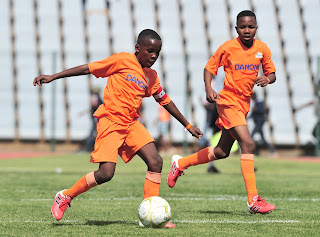 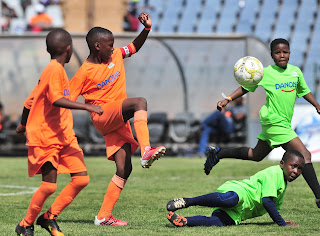 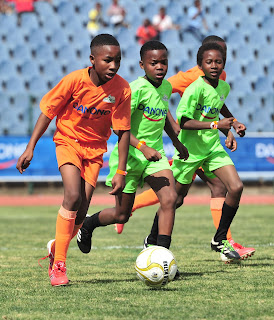 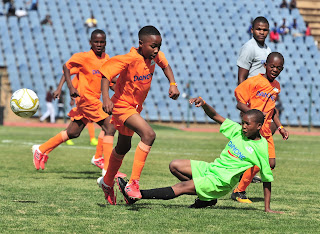