GIVE A THOUGHT TO THE GLOBAL OLYMPIC SPONSORS – ARE THEY GETTING THEIR ROI?

I read an article on sponsors remaining largely silent leading up to the winter Olympics in China, and that got me thinking about the impact politics and negative publicity against rights holder has on brands.

Sponsors spend enormous amounts on rights fees to partner with an event as big as the Olympic Games.  The sponsorship grants them logo use, branding and activation rights to leverage their own brand which could cost as much as the rights fees! And sponsorships are negotiated long term. Then they rely on the rights holders to decide countries, venues, fixtures and so forth.  After all, they are not specialists in running sports events, but rather in managing their own brands, and the sponsorship must work for them as they must answer to their shareholders and stakeholders as to why they are in the sponsorship in the first place!

The pandemic brought the planning of the 2020 Olympic games (which took place in 2021) to a grinding halt and sponsors had to pivot quickly.  They had to anticipate how the new reality would impact the live event, if it happened at all, and decide the best way forward to leverage their association and how to achieve an ROI through product sales.  Awareness is one thing but using the opportunity to create sales is another.

Many international Olympic sponsors chose to lie low during the 2020 summer Olympics in Japan due to public anti-Olympic sentiment.  Getting on the wrong side of the consumer is tantamount to killing the brand.

Sponsors also had to contend with the new pandemic consumer insights.  Brand loyalty went out the window and trying out new brands became a norm, which smaller brands capitalised on.  But the most important consumer insight pointed to customers wanting brands to directly connect with them.  They wanted personalisation and to know that brands cared for the community – giving back to those that supported them through the years.  Therefore, Olympic sponsors had to pay even more attention to the consumer feeling and listen to the talk.

And now we have the Winter Olympics in a country that is well known for allegations of human rights violations, not to mention the questions being asked on their climate change policies, disregard for equality and inclusivity and general disregard of human respect.  For all these reasons many Global Olympic partners and sponsors have opted to keep a low profile, which has opened the door for local Chinese companies to grow their brand awareness.

The idea behind China’s hosting of the Olympics was to use the opportunity to promote the country as a tourist destination and promote and inclusive, Green Olympics, hence their slogan ‘faster, higher, stronger, together’.  But I question as to whether the opposite is happening?

The opening ceremony was a spectacular affair showing off China’s tech prowess.  The symbolic Olympic flame was specially designed for the first ever futuristic underwater torch relay using gaseous fuel that was smokeless and free of pollution. There can be no doubt China is in the forefront of anything technical.

But both Olympic Games were spectator free, so everything went online, and people consumed the Olympics via traditional TV, OTT and CTV (i.e. streaming using various different devices).

Sponsors would have taken to online and TV, but so did every other brand not to mention the publics ad fatigue and the ability to skip the ads. All that sponsorship money and where is the uniqueness?

What about the off-the-field activations around the country staging the games, not to mention the fun activation areas at the entrance of each stadium where fans get involved in fun activities that the sponsors normally put on.  This is all part of the fun of a live event such as the Olympic Games.   And this also is where sales are generated, particularly for the FMCG brands such as Coca-Cola.

Whether the sponsors got their monies worth in Japan and China is questionable.  I cannot answer for them but having been intricately involved with many of the sponsors over the years at these massive sports events, and travelled the world with them, my heart goes out to their dilemma.

When controversy hits a sports body or event, sponsors get dragged it, which is a pity.  They sponsor events in good faith and when they must put the entire PR team onto reputations management to protect the brand, it is not fair.  Yes, brands are aware that things can happen and go wrong, and the PR team is always in the loop, but to be brought in to answer rights holders’ controversy is taking it to another level.

My observation over the 30 years that I have been in sponsorship is that there is a lack of foresight many rights holders have on the repercussion of their behaviour on sponsors.  After all, sponsorship is the lifeblood of any sport.  Lack of sponsorship impacts dramatically on any sporting association and the level of event they are able to produce.

My final thought on the matter is that sports associations must bear in mind the impact that the pandemic has had on the bottom line of all companies (small, medium and large corporations), and when sponsorships come up for renewal, if they are not careful, the money could well dwindle somewhat.   I reiterate, sponsors are there to grow their brand and not to look after sporting associations. They have boards and shareholders to answer to!  Never forget! 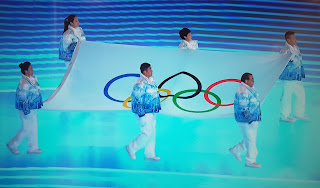 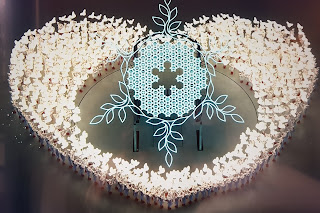